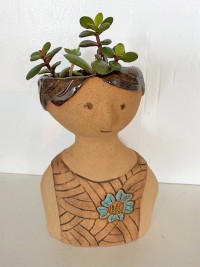 Andrea Peyton works in a variety of mediums including ceramics, glass, mosaic, and has recently added assemblage and collage to her repertoire.  She is drawn to the tactility of different materials-their character and the way they interact.  Her mixed-media collage work especially exemplifies this.  She loves searching for and combining different imagery and materials such as old photographs, text, maps, and a variety of metals which she tools and patinas in different ways.  She often works in a shrine format, enclosing her collages in niches of copper and tin, reminiscent of the ritablos found in hispanic folk art.  Her numerous trips to New Mexico and Arizona, especially to Santa Fe, had a strong impact on her aesthetic as an artist.  She often employs beeswax as a varnishing agent for her collage which adds to the depth and timelessness of her work.  Most of Andrea’s images refer to themes of Womanhood and are imbued with a sense of nostalgia and history.  The titles for her pieces are often derived from old songs or poems, and can be found tucked away in the recesses of her intimate, enshrined worlds.

Andrea Peyton earned her BA from Western Oregon University in 1992.  She devoted her art to ceramics after graduation, working and teaching for the Salem Art Association.    Later, she went on the instruct at the Marjorie T. Sherman Art Center, teaching ceramics and developed an art glass program for the center.  Following this she became adjunct instructor in the Department of Art at Chemeketa Community Collage in Salem, taking over the stained-glass program and introducing mosaics as part of the offered curriculum. She shows her work at a number of galleries in Oregon and was recently prominently featured in Oregon Home Magazine.  In 1998 she was one of the founding members of the River Gallery in Independence, Oregon where she continues as one of the co-owners.  The gallery shows the work of over sixty Northwest artists and craftsmen.  Andrea lives and has her studio in Independence where, aside from her mixed media work, she continues to produce ceramics, glass and mosaics. 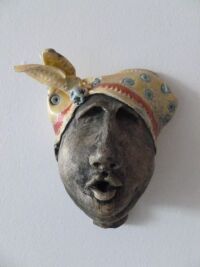 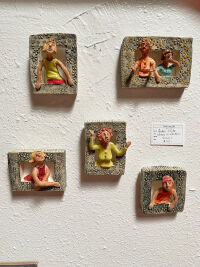 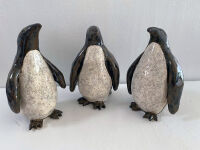 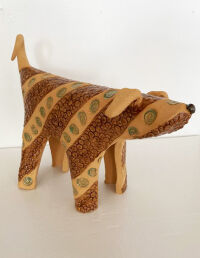